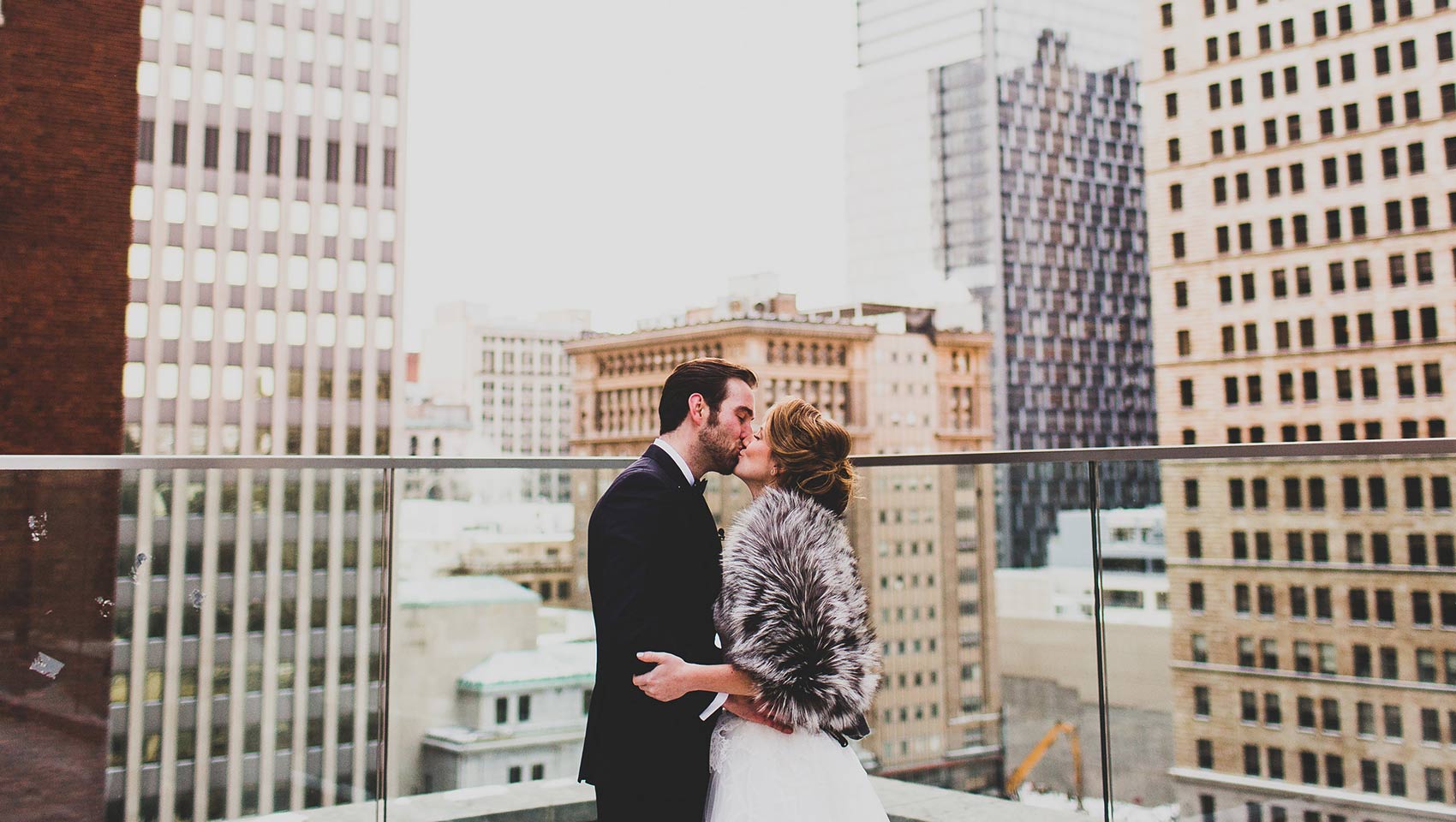 A romance decades in the making

Colby and Christian share some serious history, considering they grew up five blocks from one another. Their first collective memory? “When a dapper young Christian attended Colby's fifth birthday party at the luxurious Chuck E. Cheese.” Although the pair’s paths crossed numerous times after that, it wasn’t until they returned to Pittsburgh as young adults that sparks finally flew. 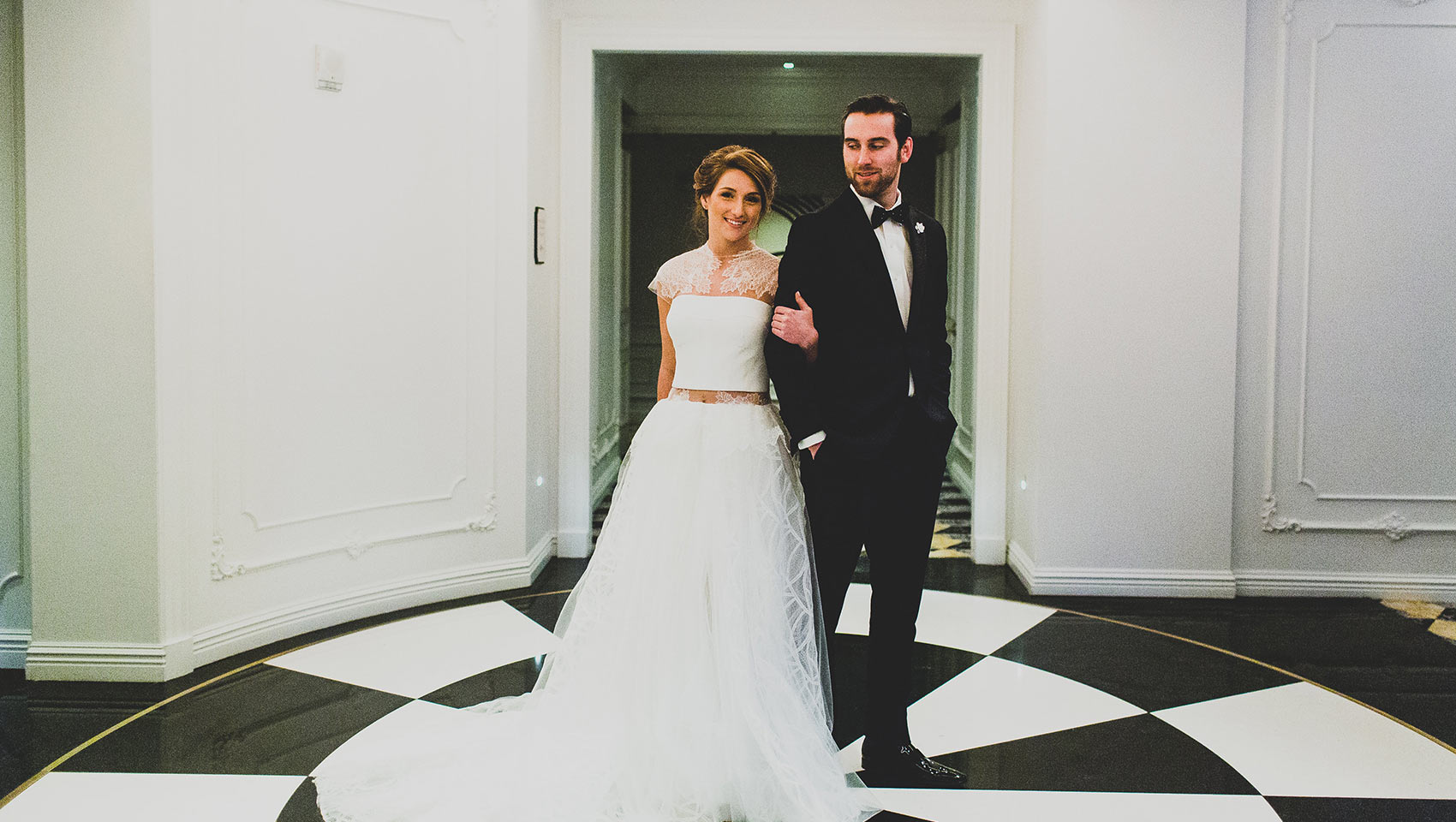 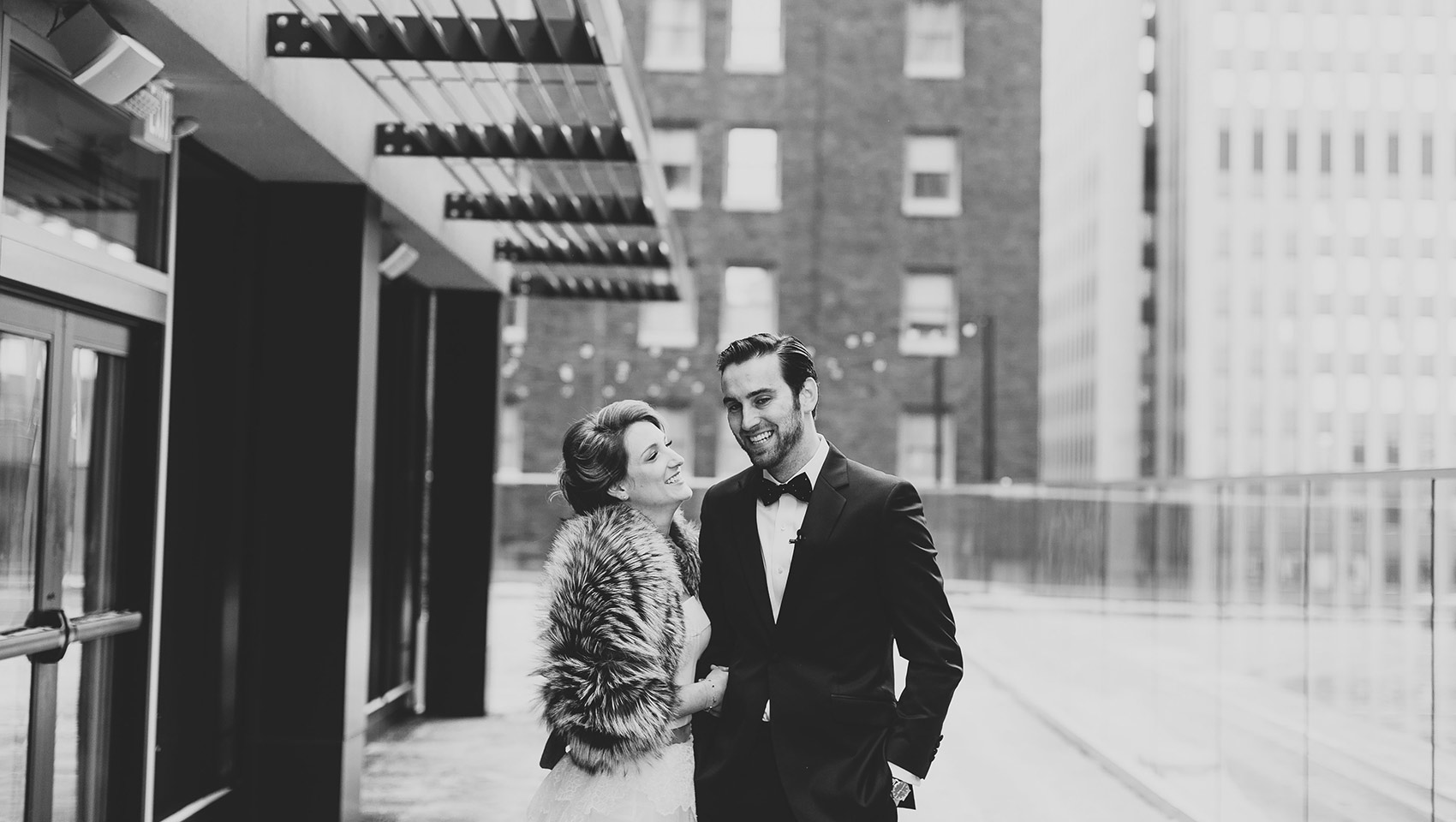 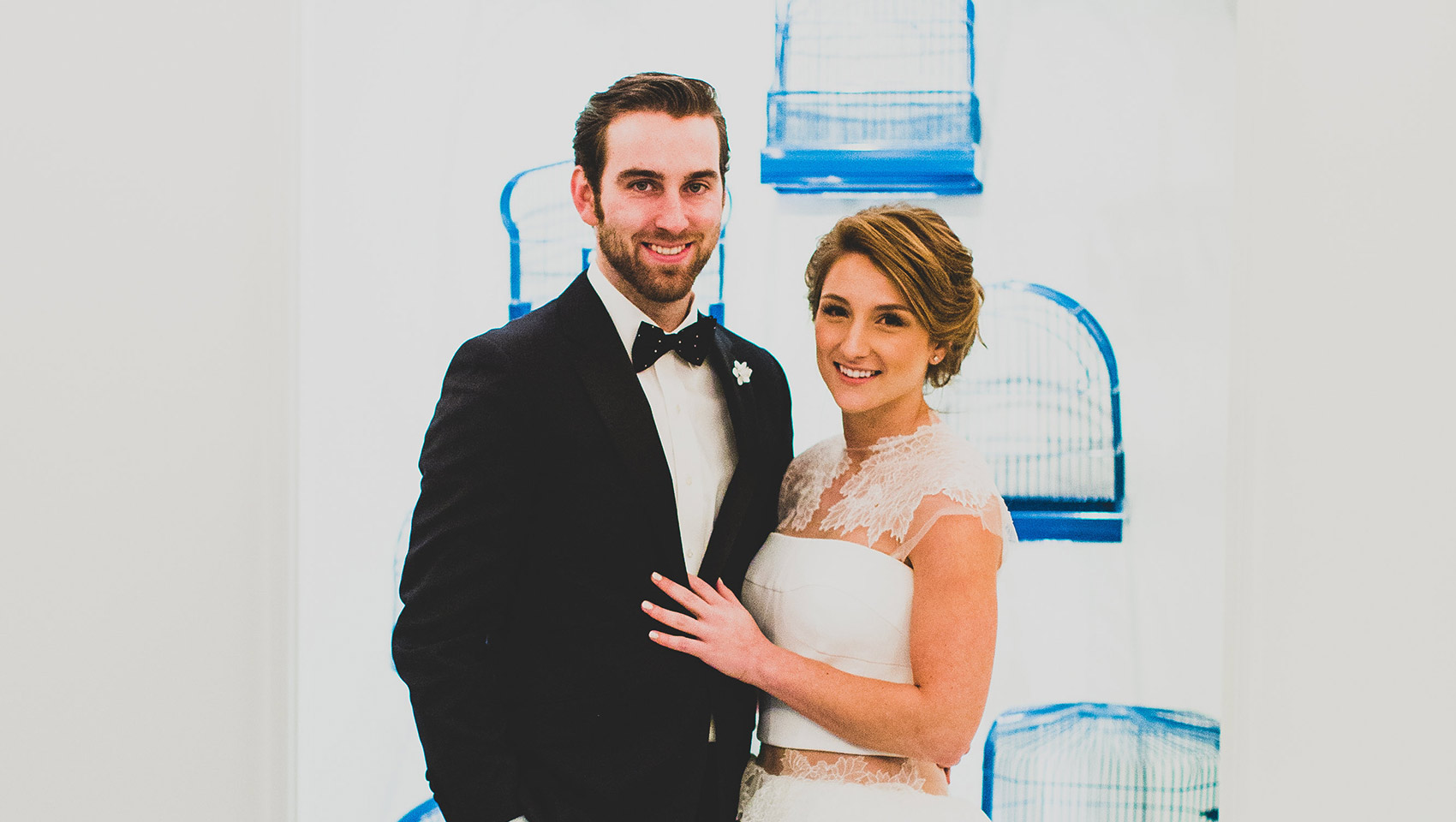 Colby began the day with her mom, sister and best friend in a Monaco suite, enjoying coffee and breakfast in their onesies, while Christian got ready with his brothers and the couple’s chocolate lab Bear. The couple decided to take “first look” photos on the roof of the Monaco (in the single-digit weather!) to capture the wintertime wedding. 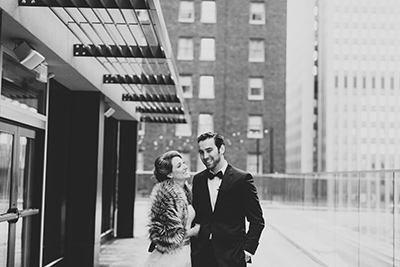 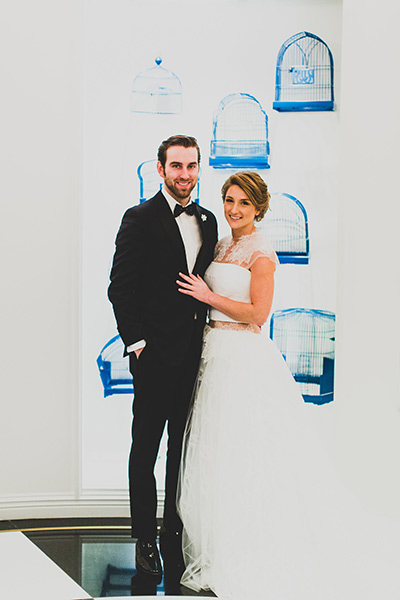 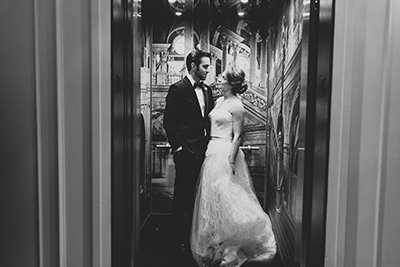 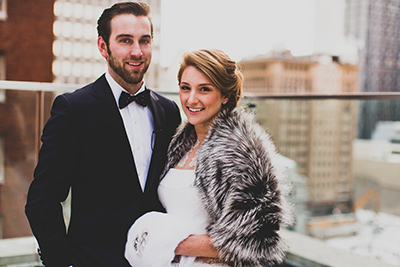 “It was the perfect combination of modern and romantic and it was a great venue for a wintertime wedding.” 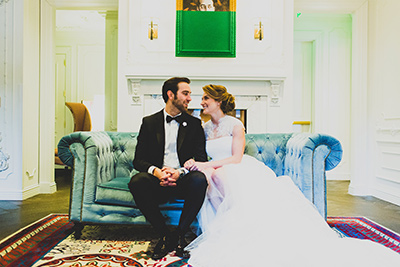 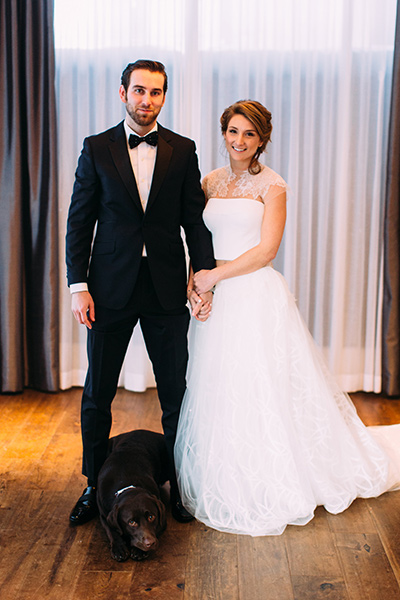 It seemed a no-brainer to host their black-and-white-themed wedding in the city they both love, and they easily agreed on having an elegant winter celebration. The vibrant reception ended with the bride changing into a red jumpsuit—just in time for a pizza delivery from their beloved Aiello’s—and more dancing to the rockin’ live band. 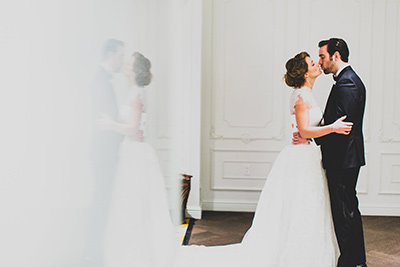 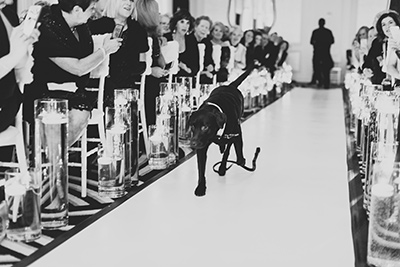 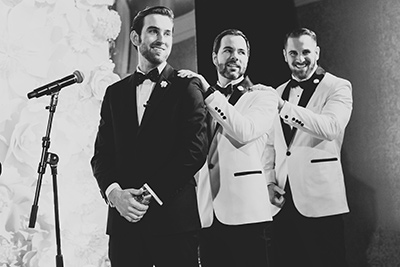 The ceremony took place in the Sheffield Ballroom, which had been completely decked out in black and white with hundreds of candles lining the aisle and a 20-foot-tall flower wall acting as the altar centerpiece. White fur covered each chair to embrace the wintery feel, and guests donned black and white to complete the theme. 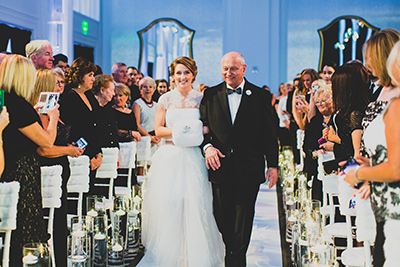 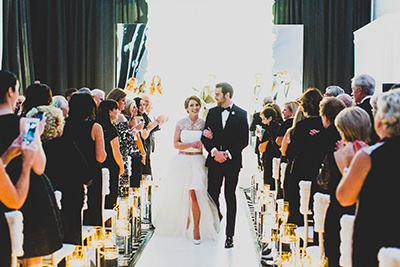 The dinner was held in the Sheffield Ballroom surrounded by the couple’s guests. The hallway donned a bright red dance floor while the ballroom adjacent to the reception housed the signature bar and lounge area with desserts. 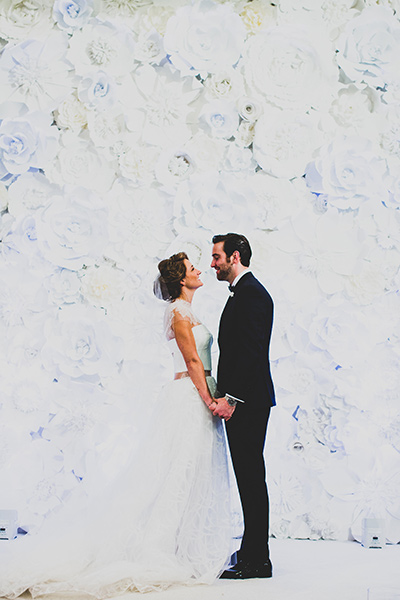 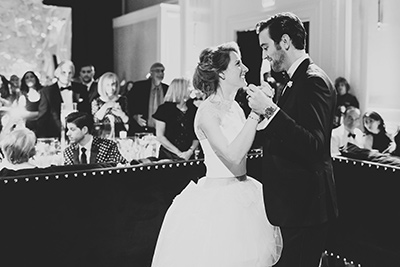 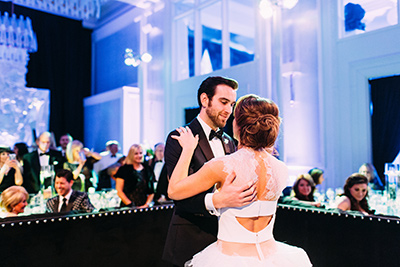 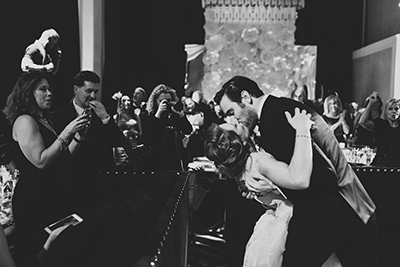 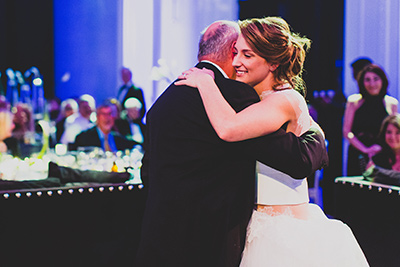 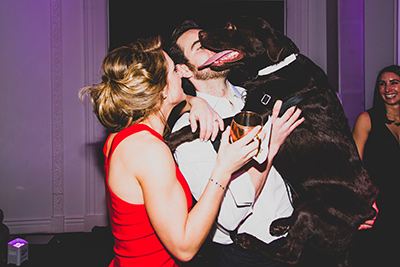 Others who made Colby and Christian's wedding special:

Back to Real Weddings